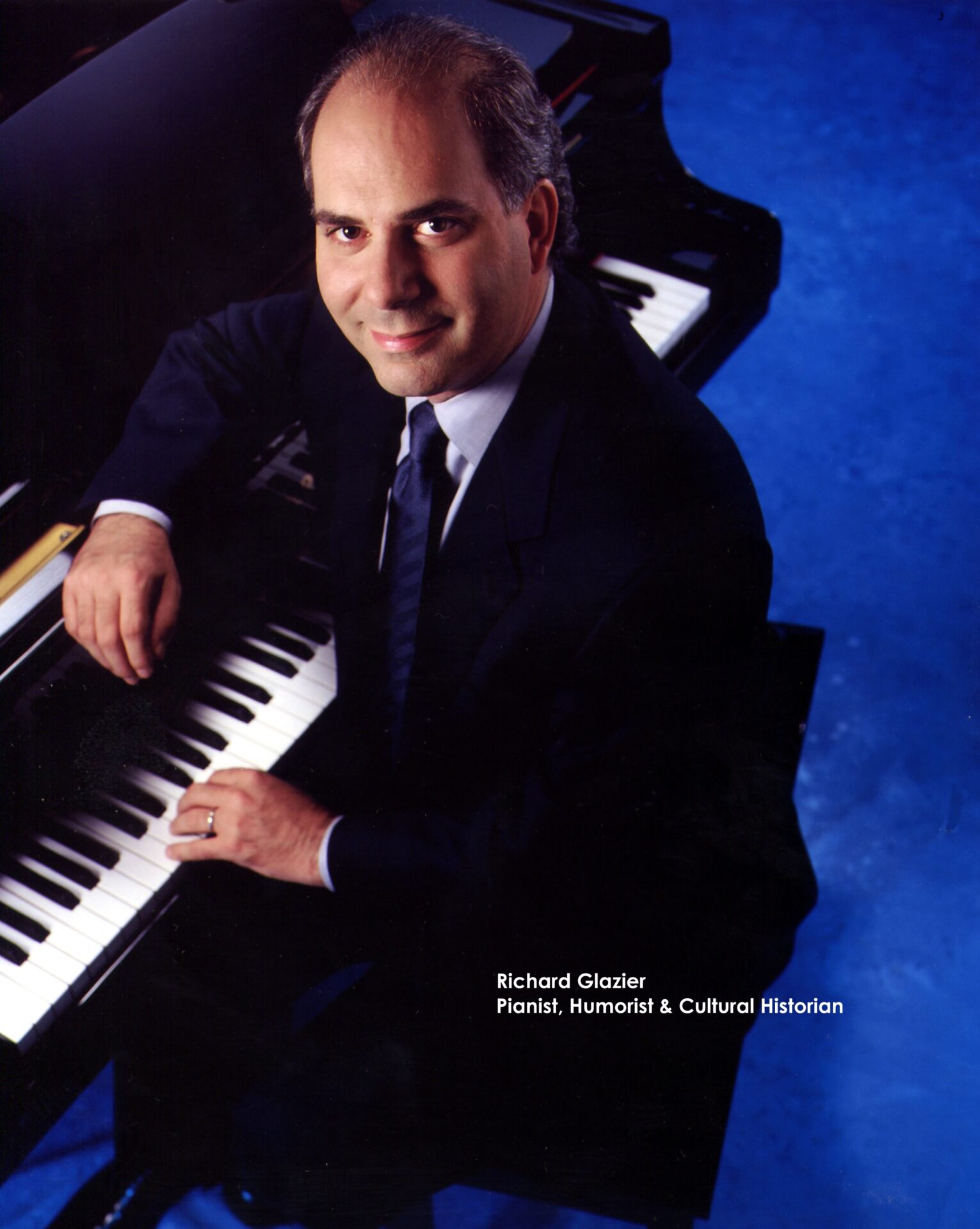 A Salute to Judy Garland and Friends

Originally from Indianapolis, Indiana, Glazier began studying piano when he was 6 years old. Trained in the classics, Glazier earned Bachelor's and Master's degrees in Piano Performance from Indiana University School of Music, Bloomington, where he studied with famed pianist and teacher, Menaham Pressler, and a Doctorate of Musical Arts from the Cleveland Institute of Music.

Glazier's passion for the rich cultural heritage of early 20th-century America led him to create special programs celebrating the era—the music, the composers, the performers, old-time Broadway shows, and movie musicals. In these concerts, Glazier plays the piano and weaves in commentary on the history behind the songs, telling fascinating stories about the composers, the shows, the films, and the stars, sharing funny anecdotes and showing rare vintage images and film clips. He has performed these multimedia programs in every state of the union, at the United Nations, the Smithsonian Institute, and Carnegie Hall.

Glazier is also committed to performing for those less fortunate—people who seldom have the chance to hear live music. Through the auspices of the Pro Musicis organization, he has done community service concerts in every conceivable venue from prisons to homeless shelters, from retirement homes to elementary schools.

Glazier's concerts have inspired two national PBS television specials: "From Gershwin to Garland - A Musical Journey With Richard Glazier", and "From Ragtime to Reel Time - Richard Glazier in Concert".

Glazier has won multiple awards for his television shows, including four Telly Awards for Outstanding Achievement in Entertainment, Documentary, and Cultural Programming.

For more information, or to book Richard for your next season or event, contact us!

"The playing was exceptional. Meticulous with detailing and touch, free and easy with pulse''

"Embraceable You' and 'Somebody Love Me' are opportunities for Glazier to phrase with
affection as he dances smoothly about the keyboard.''